Much before the concept of Corporate Social Responsibility had evolved into its present form, Atul Ltd (Atul) has been engaged in contributing to the community with diverse initiatives in the fields of education, health and infrastructure. Mr Kasturbhai Lalbhai, the Founder of Atul and an Indian legend, ensured complete commitment to community development and welfare in every company he established. The primary reason for the establishment of Atul was to generate large scale employment and consequently improve the standard of living in rural India. His passion to give back to the society was reflected in his daily schedule; he spent half a day on growing businesses while the other half was dedicated solely to social service.

In 1978, Mr Siddharth Lalbhai laid the foundation of Atul Rural Development Fund in an endeavour to further the rich legacy of his father and bring focus to rural development projects undertaken by Atul. He personally oversaw each project which was being implemented and took keen interest in consistently improving the quality, variety and impact of such projects.

Over the years, with an increase in the number and the scope of projects related to contributing to the community, Atul Foundation was established in 2010 as an umbrella Trust of Atul.

Kasturbhai Lalbhai laid the foundation of Atul on September 15, 1947, exactly a month after India gained independence. He along with his confidant Balwantrai Mazumdar and son Siddharth Lalbhai had built and nurtured the Company into one of the finest chemical companies in the world. They had the vision to make Atul a unique success story of sustainable development and endeavour for the progress of rural India. 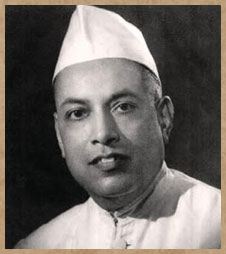 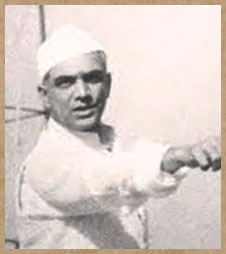 An institution builder par excellence, Kasturbhai Lalbhai played an important role in nation building by not only establishing business enterprises, but also in developing institutions of national importance. He is considered as one of the doyens of Indian industry. He had made seminal contributions in the field of education, culture and religion and used to uphold the principles of trusteeship, integrity, perseverance, simplicity and an eye for details.

Kasturbhai Lalbhai laid the foundation of Atul on September 15, 1947, exactly a month after India gained independence.

An economist by education, Balwantrai Mazumdar was a trusted confidant of Kasturbhai Lalbhai. A voracious reader, he was a sound thinker, patient listener and a farsighted professional.

He was instrumental in transforming Atul from a barren land into one of the greenest chemical complexes of its kind in the world. He remained with the Group till the end of his life as did most of the people who worked with Kasturbhai.

A chemical engineer by education, Siddharth Lalbhai was the elder son of Kasturbhai. He shifted to Atul right from its inception and played an important role in making Atul one of the finest chemical companies, according equal importance to creation of wealth and service to the society.

A man of few words, he firmly believed in trusteeship in governance, a low profile, simplicity and single minded devotion to tasks on hand. He succeeded Kasturbhai as the second Chairperson of Atul.